The Straubinger Ausstellungs- und Veranstaltungs GmbH was raised in April 1988. The target of the corporation is the execution of exhibitions and events of any kind, especially the Gäubodenvolksfest with 1,4 million visitors and the Ostbayernschau with 440,000 visitors.

Another task is the administration and marketing of their exhibition halls, seminar rooms and the Joseph-von-Fraunhofer-Halle.

The executive Director of the GmbH is Roman Preis. There is also a supervisory board with 11 members and round about 20 employee.

The year is 1812. The Grimm Brothers publish their first fairytales and Napoleon marches into Russia. That same year, the citizens of Straubing in Lower Bavaria (about 100 miles from Munich) organized their first agricultural festival. This was the birth of the “Straubinger Gäubodenvolksfest”. First intended to be an informative event for the rural population, it became Bavaria’s second largest folk festival during the course of two centuries, with an estimated 1.4 million annual visitors. In 1812, through his efforts, King Maximilian I. Joseph brought an agricultural festival to the lower Danube area for the citizens of Straubing promoting “welfare and happiness for Bavarians”. Initially the Straubingers had to alternately share hosting the festival with their neighbor cities Passau and Landshut. Therefore, in 1898 the Straubingers decided to organize their own festival. Even back then, 25,000 visitors came to the city of 17,000 inhabitants to celebrate.

Today, Straubing is a thriving city in the heart of Lower Bavaria. The Gäuboden festival with its consumer exhibition became a megaevent unrivaled in Bavaria. This year 1.4 million visitors are expected to enjoy the beer-tents and carnival rides. This number – 30 times the number of Straubing’s population – is an accomplishment that makes Straubing shine, nationwide.

„A Trumm vom Paradies“ – a piece of paradise – once described by regional poet Max Peinkofer about the Gäuboden festival. The considerably lower price of beer compared to that of Oktoberfest, for example, adds to this statement. The innkeepers of the beer-tents are expecting to sell more than 700,000 „Maß“ (1 liter of beer) each year. The well-being of the guests from near and far is especially emphasized. A large part of the benches in the seven beer-tents with their 27,000 seats are equipped with backrests for even more comfort. The spreading urge to reserve seats in the beer-tents of larger cities is reduced in Straubing: At least 40 percent of all the seats will be kept unreserved and on a first come first served basis.

More than 700 carnival ride owners and stall holders apply every year for a spot at the 90,000 square meter amusement park. At the center of the “Gäubodenvolksfest”, visitors will have their choice of 130 attractions.

Historic festival ground: A journey back to the past

Since 2012, when its 200th anniversary was celebrated, the festival has been going back to its roots on an annual basis. There is a historic area on the festival grounds, where visitors are able to experience the flair of the good ol’ days: a special beer-tent providing traditional Bavarian folk music “Gstanzl-Singen” and Bavarian dances such as “Schuhplatteln” accompanied by brass bands. There will even be an entire ox on a skewer to provide the guests’ with a unique culinary experience. Yesterday’s carnival rides will excite today’s visitors.

Every year, visitors can enjoy almost 3 kilometers worth of attractions on the classic and the historic festival grounds.

Another unique trait of Germany’s second largest trade fair is that the more than 400,000 expected visitors can stroll and shop as long as they please without tickets. Admission to the Ostbayernschau always has been and will remain, free!

Straubing presents a harmonious blend of tradition and progress wherever you go, mixing its comfortable ambiance and warm hospitality with a generous helping of Bavarian open-mindedness.

Nestled on the idyllic banks of the Danube between Regensburg and Passau, near the vast wooded expanse of the Bavarian Forest National Park, Straubing greets its visitors with an impressive skyline. Furthermore, the Straubing-Bogen holiday region offers a whole range of recreational opportunities from cycling, hiking to golf.

Thanks to the Joseph-von-Fraunhofer-Halle, the region boasts an event centre that is the ideal setting for conferences and congresses, trade fairs, seminars, concerts and festivities. Varying from 90 to 6,000 square metres, the facilities can accommodate both small and largescale events. Three seminar rooms are available for functions of every kind. The fine dining experience is the icing on the cake. 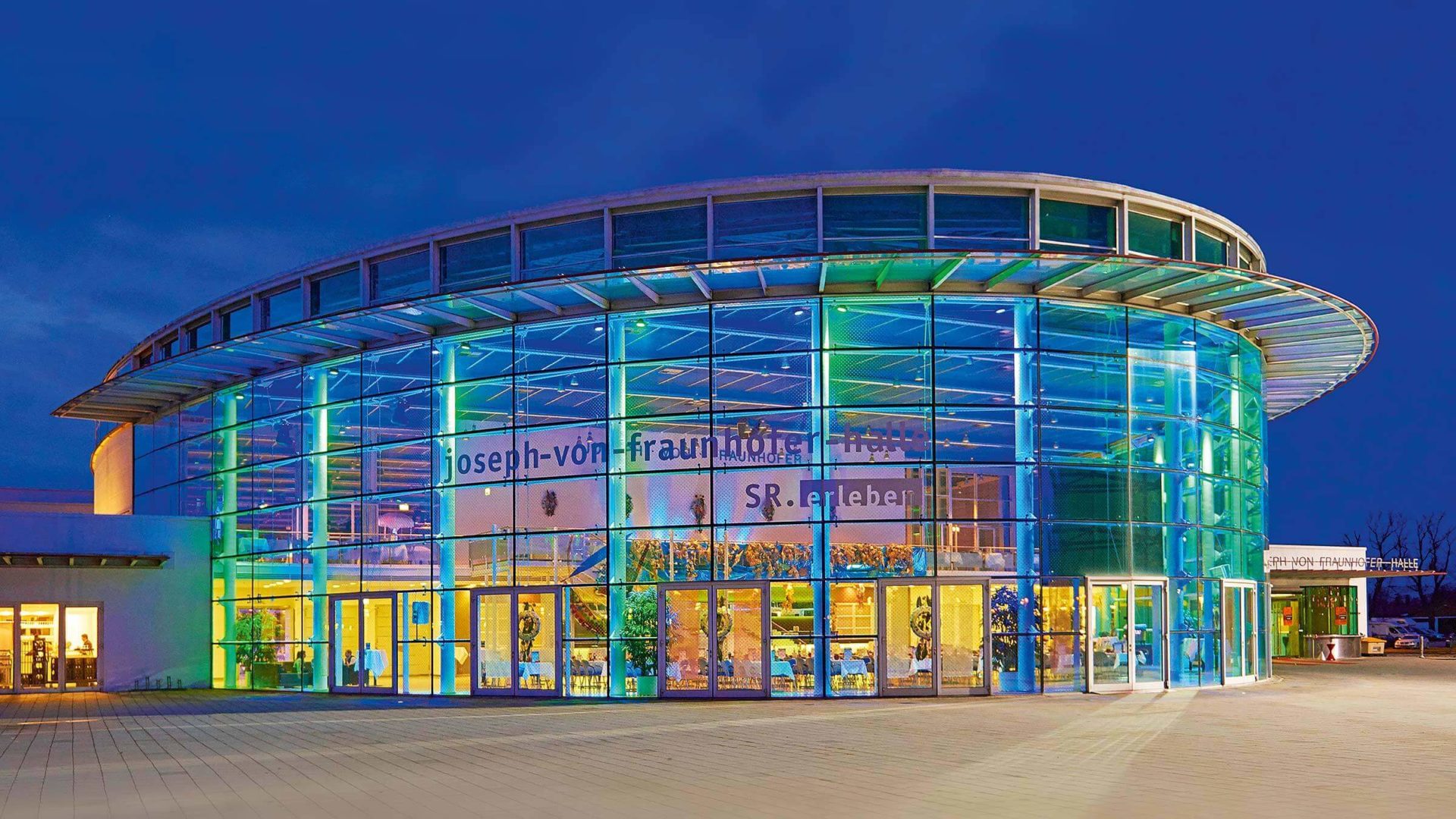 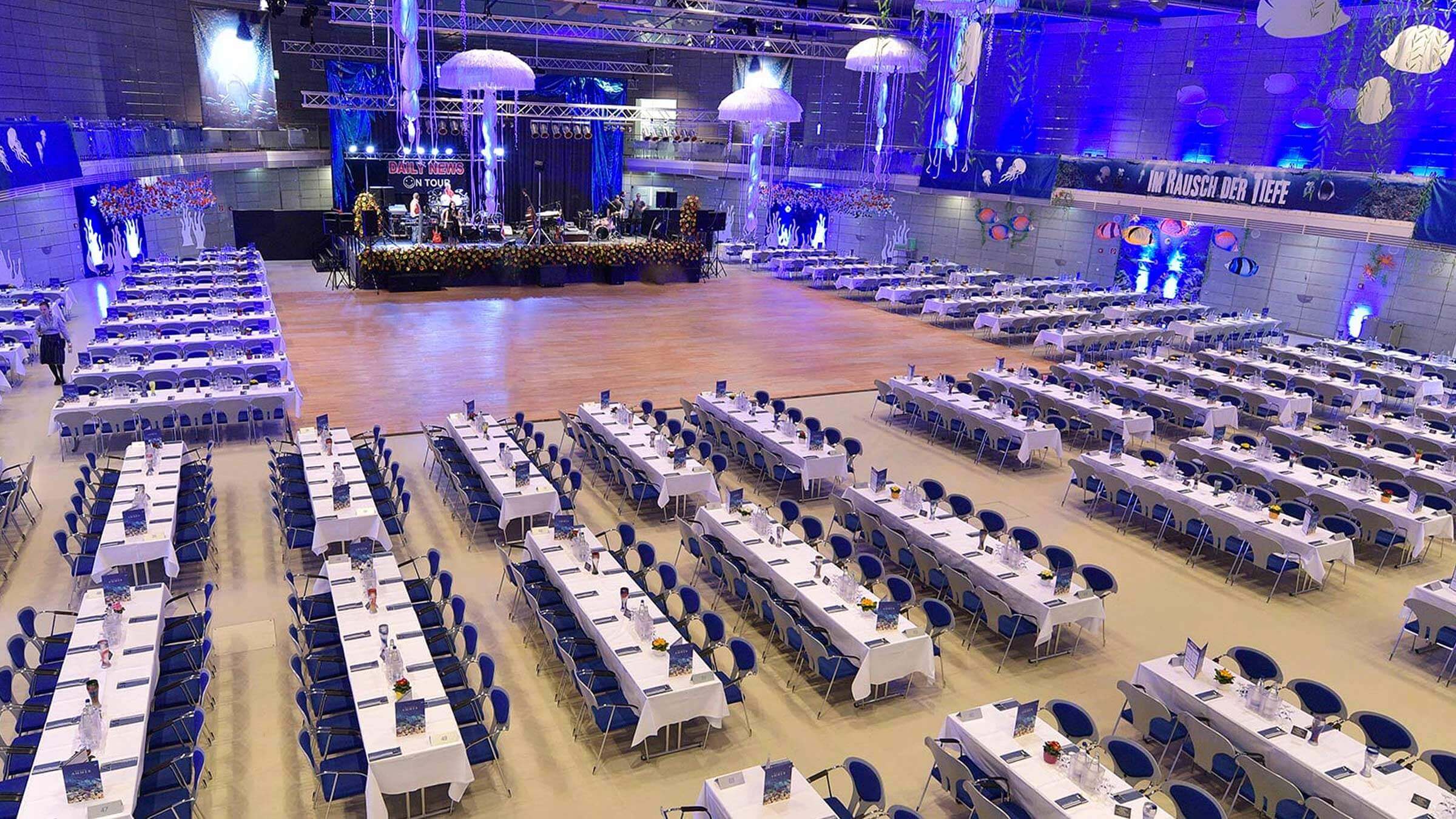 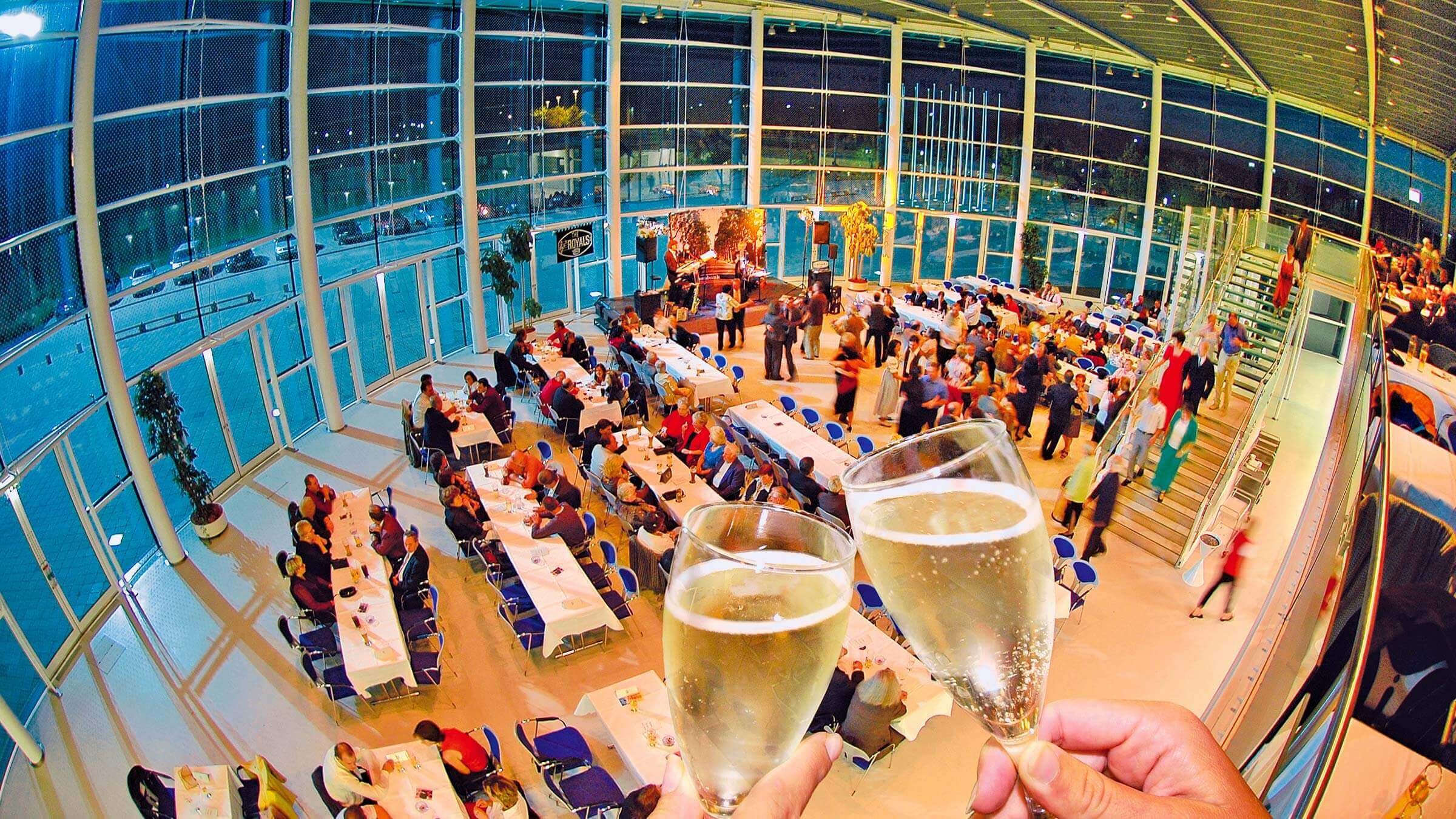 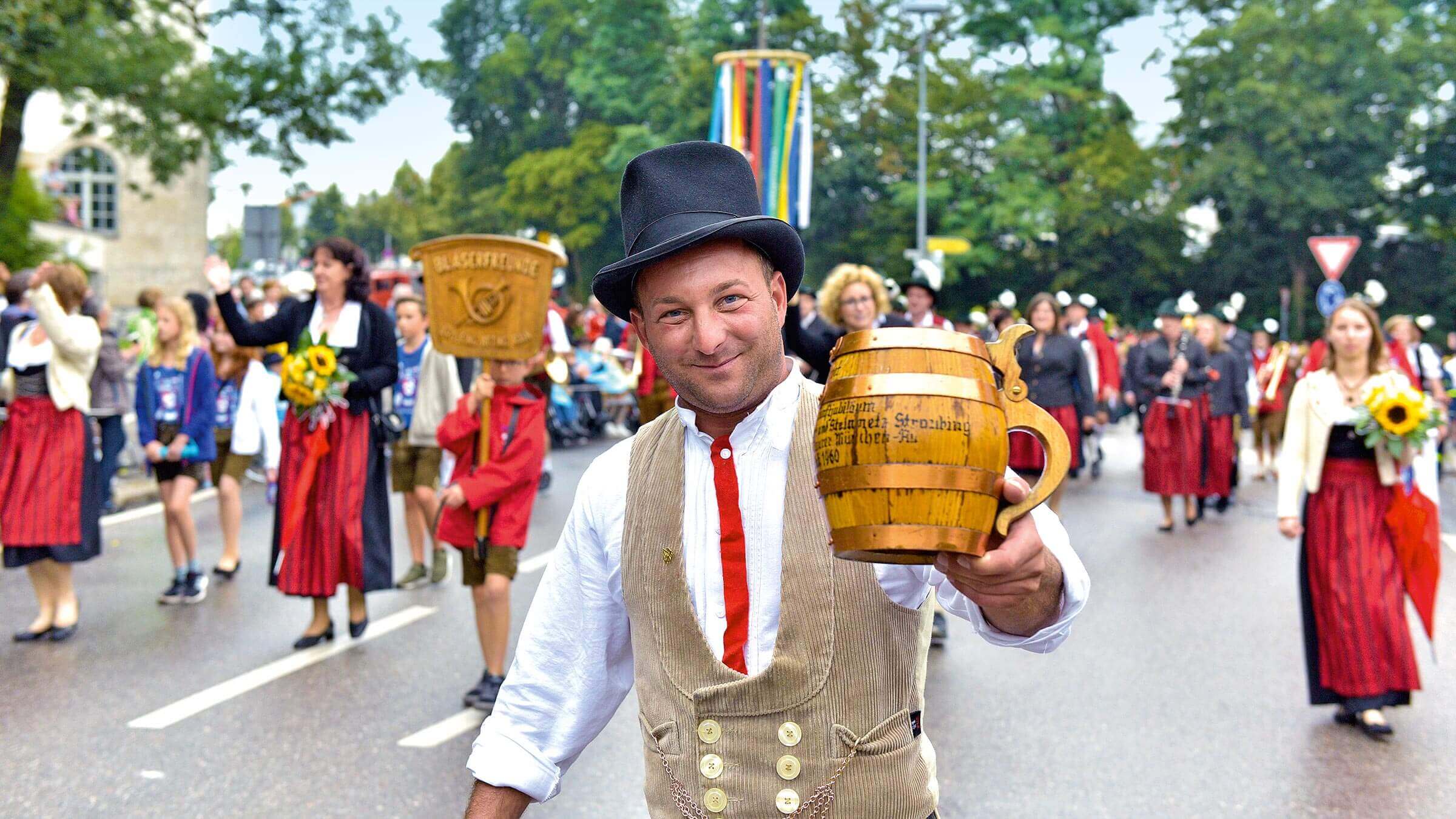 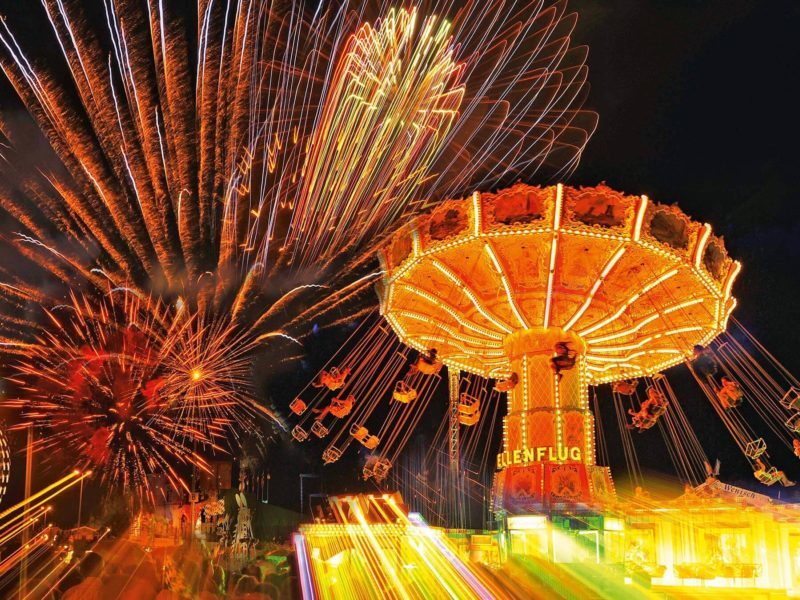 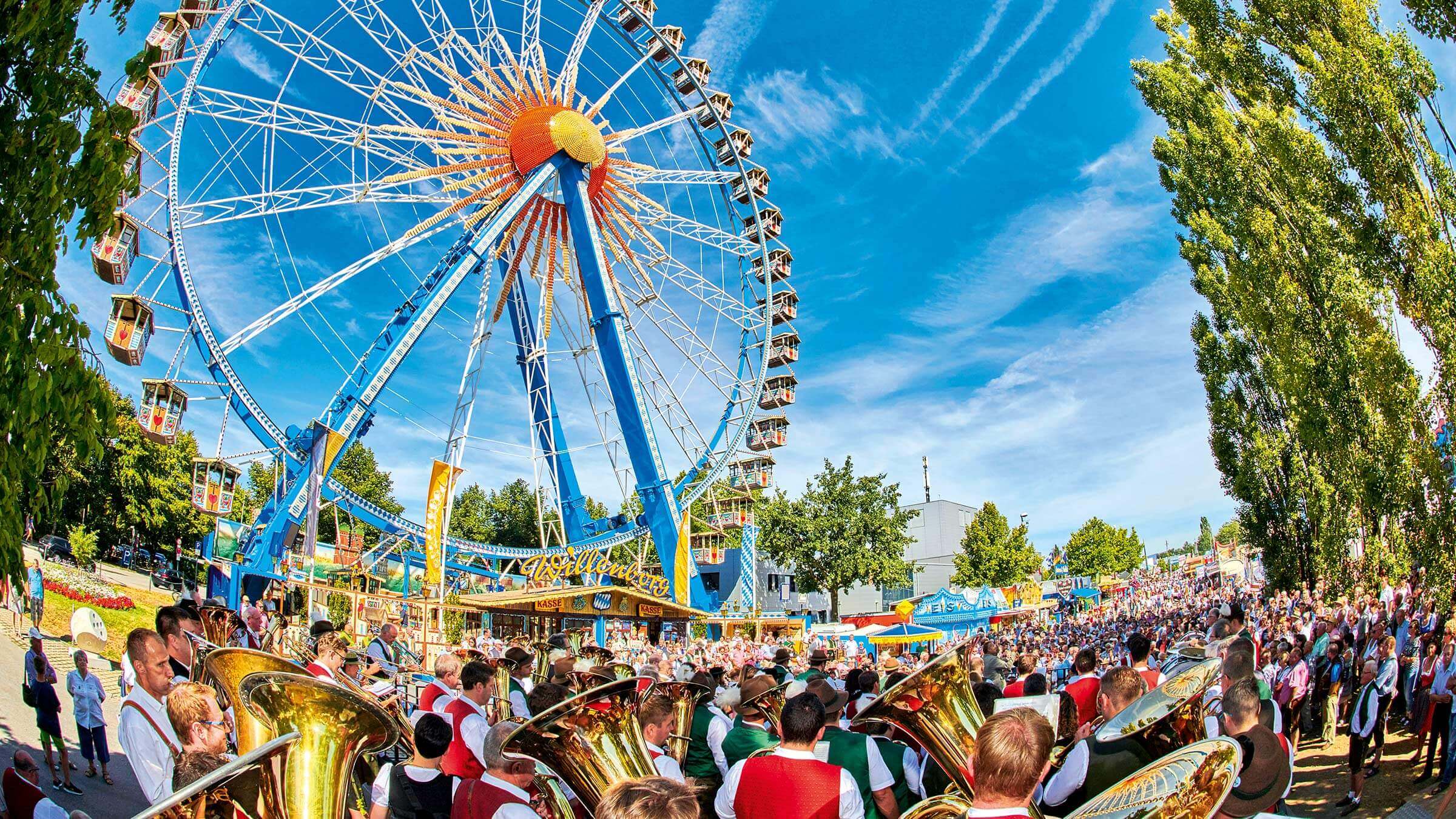 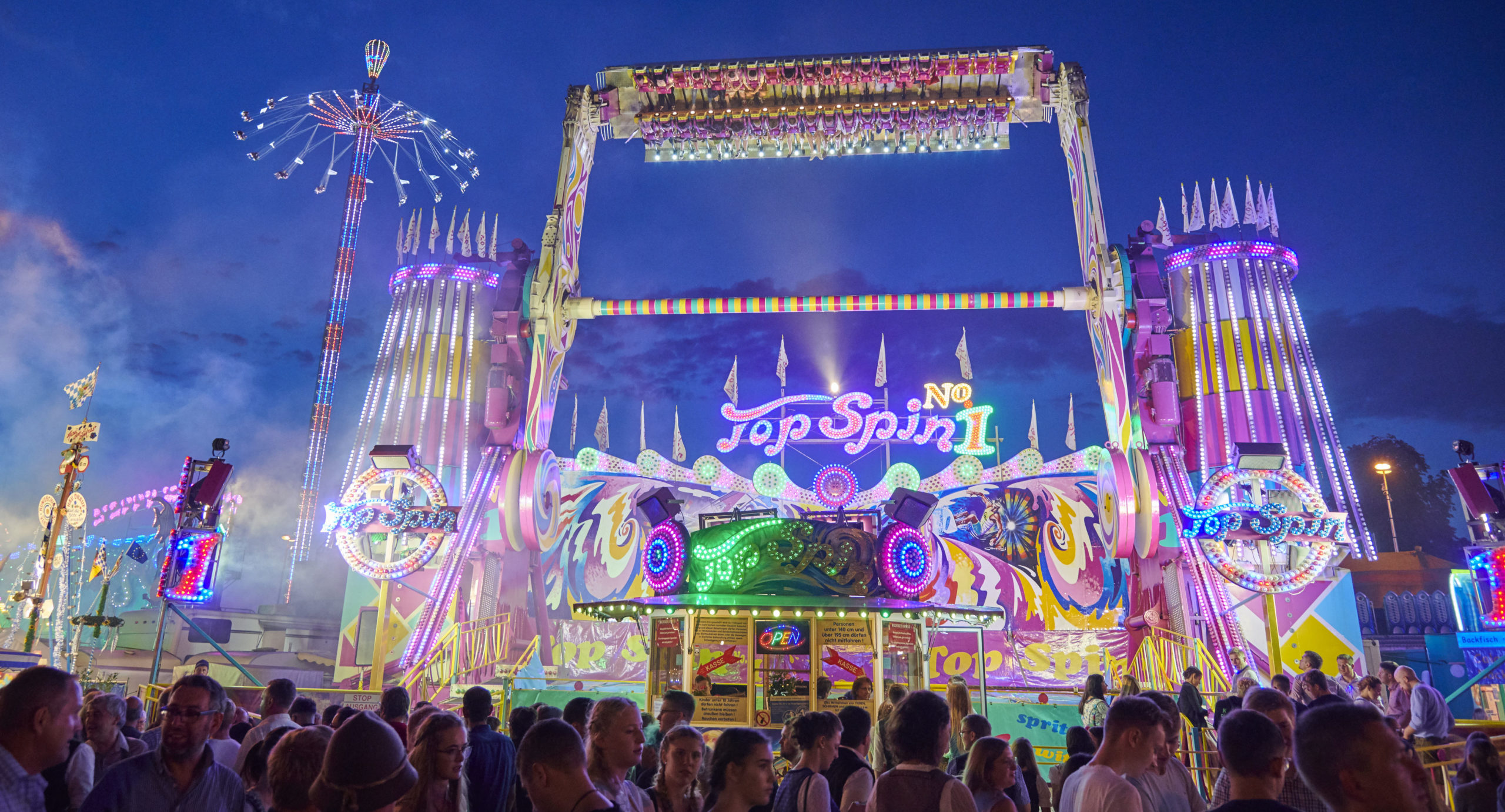 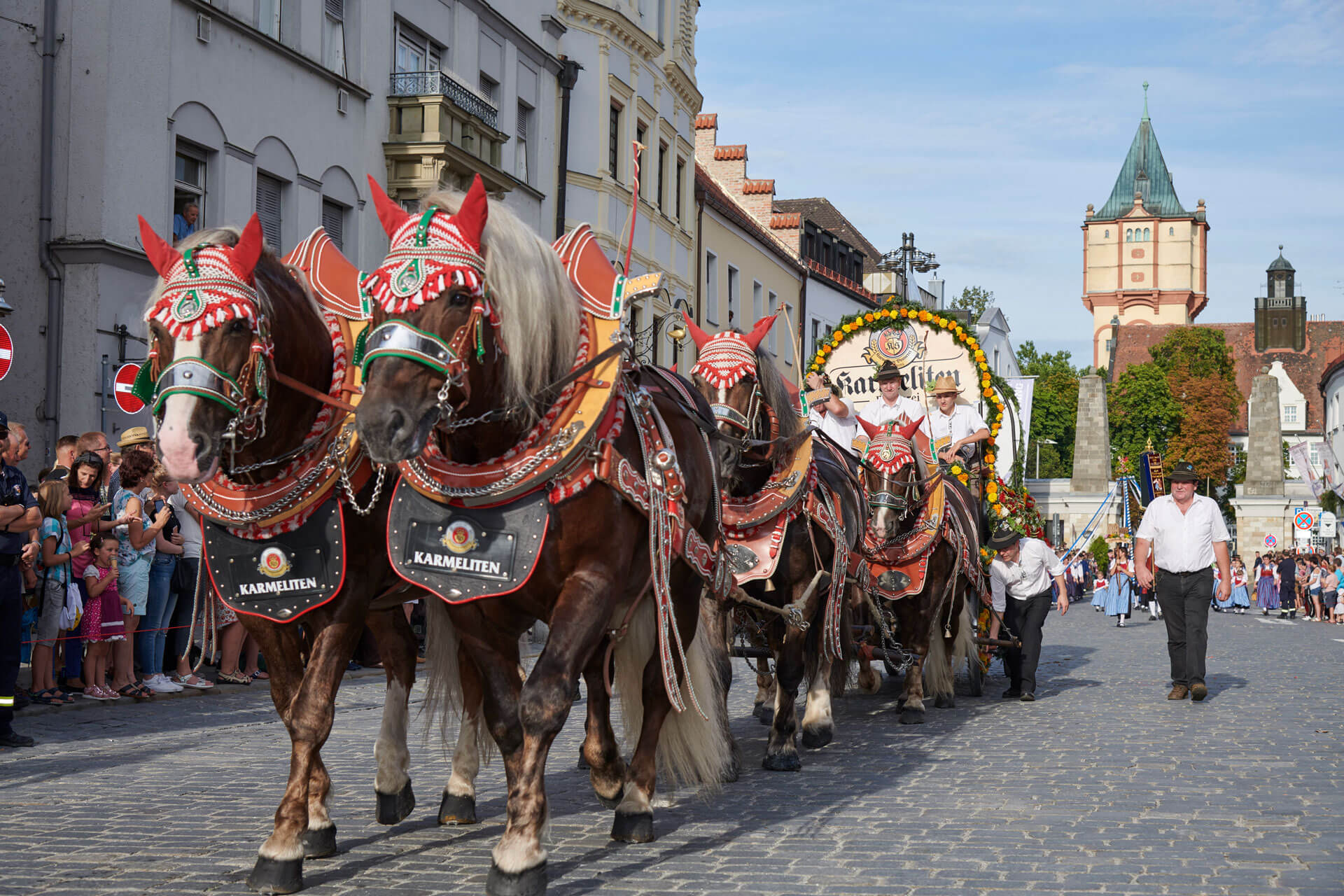 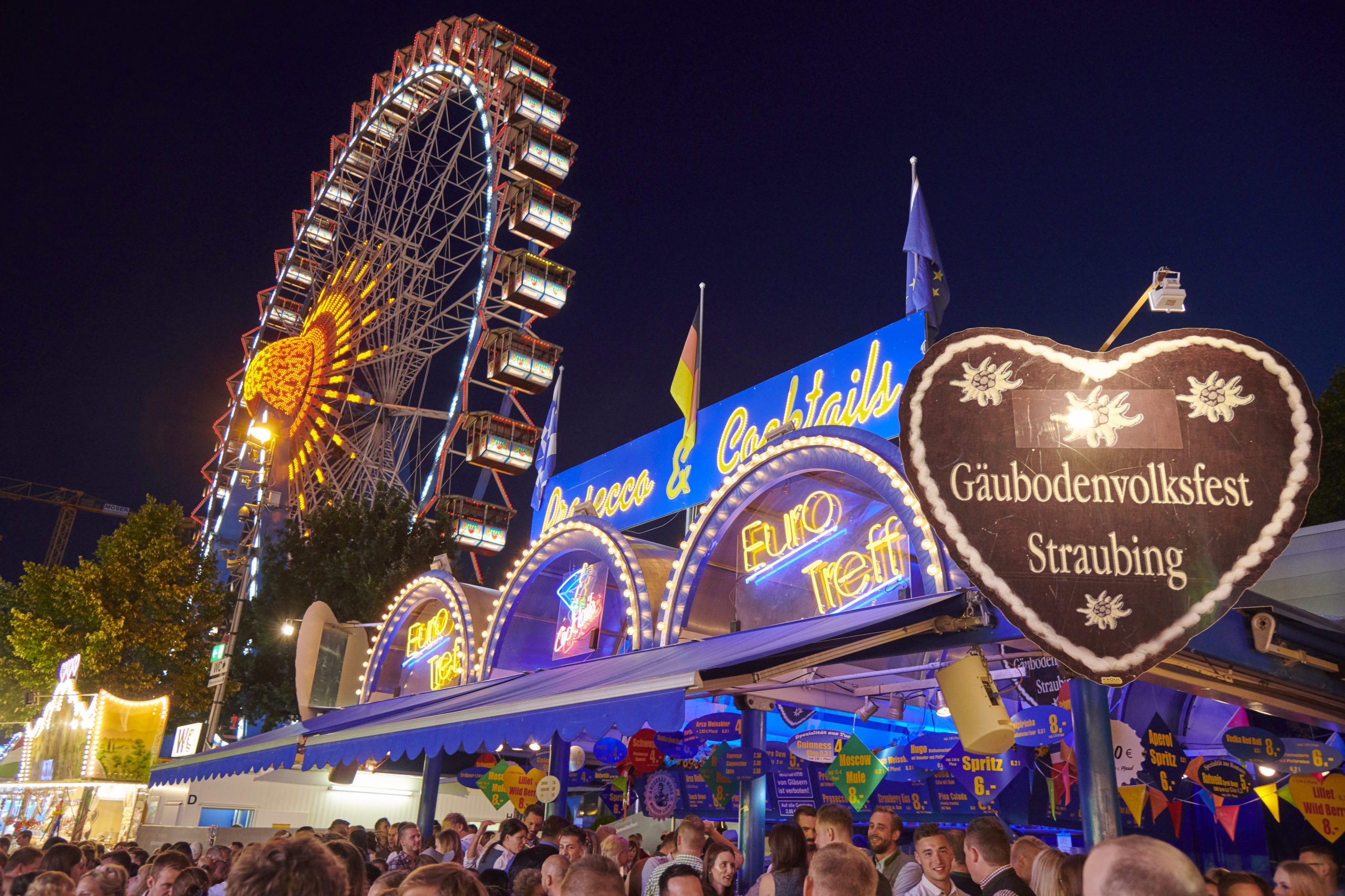 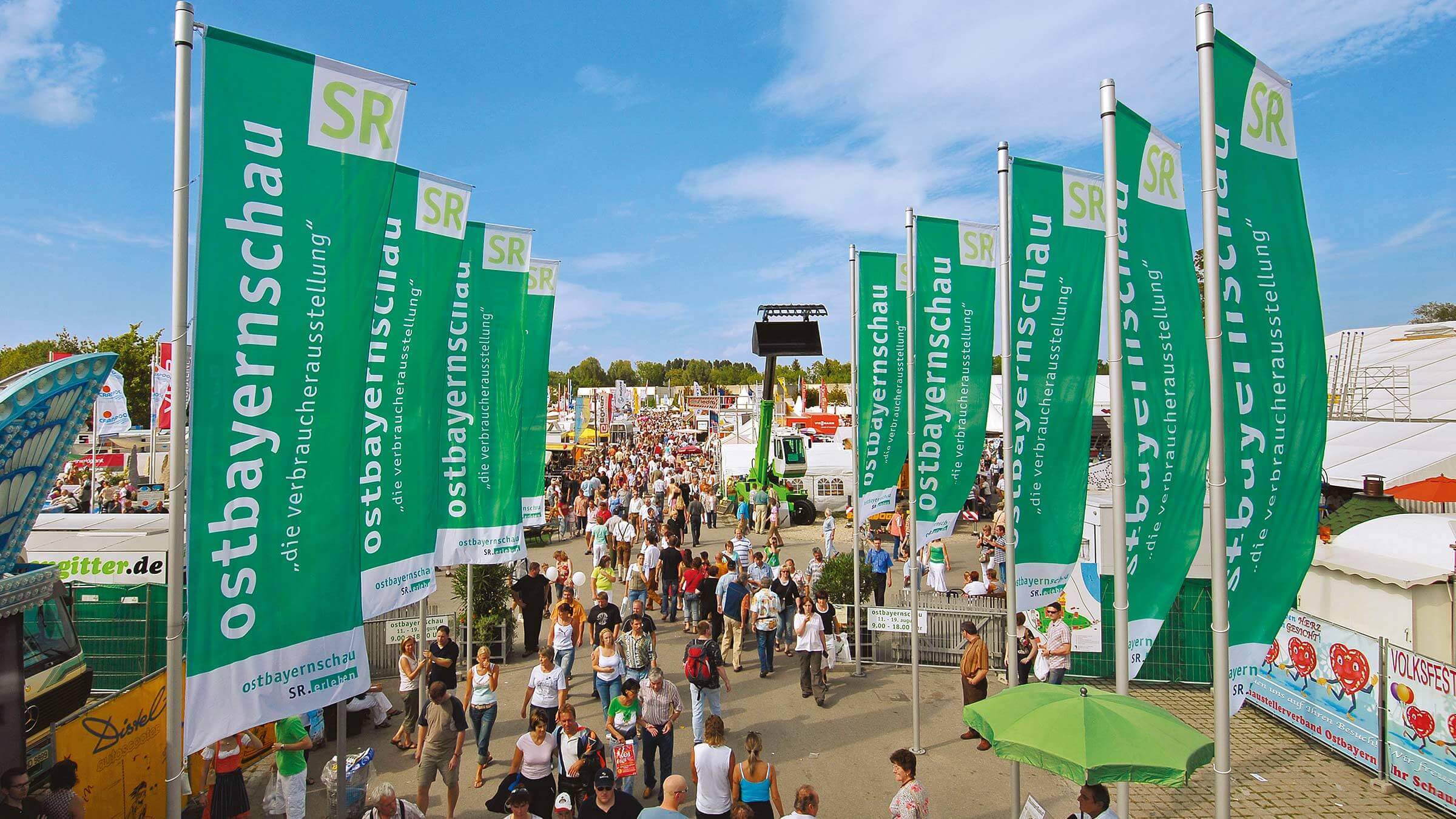 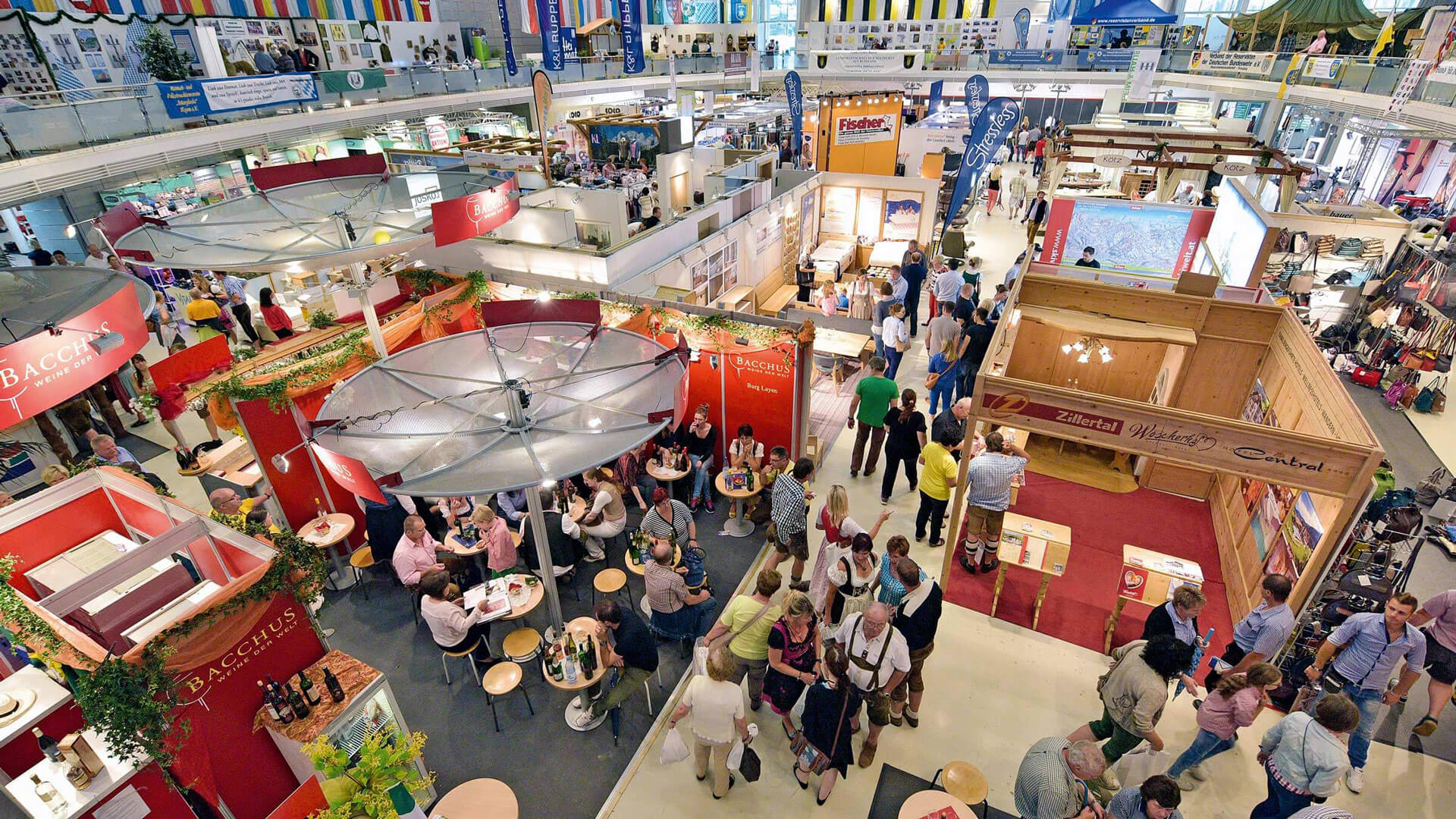 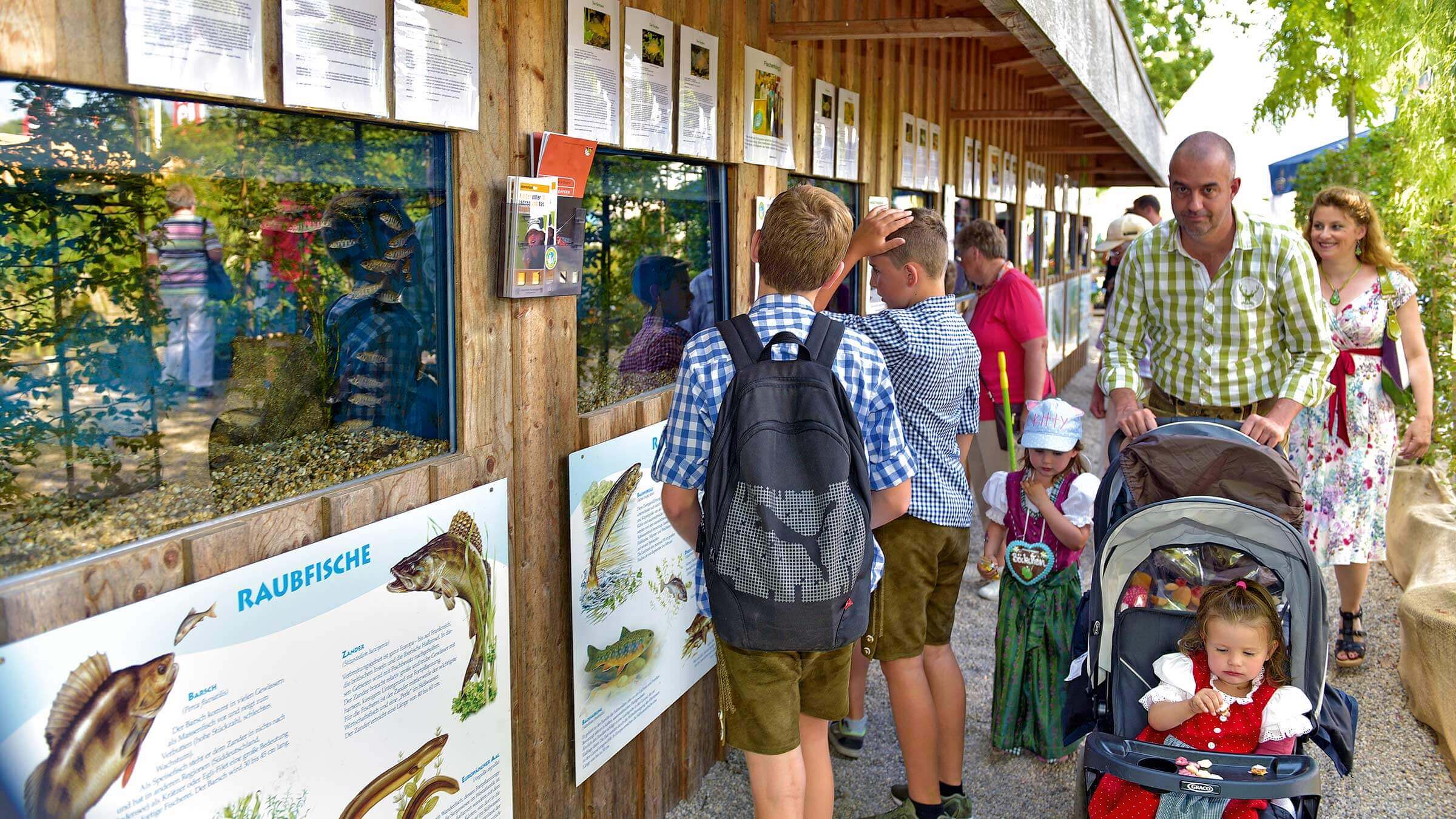 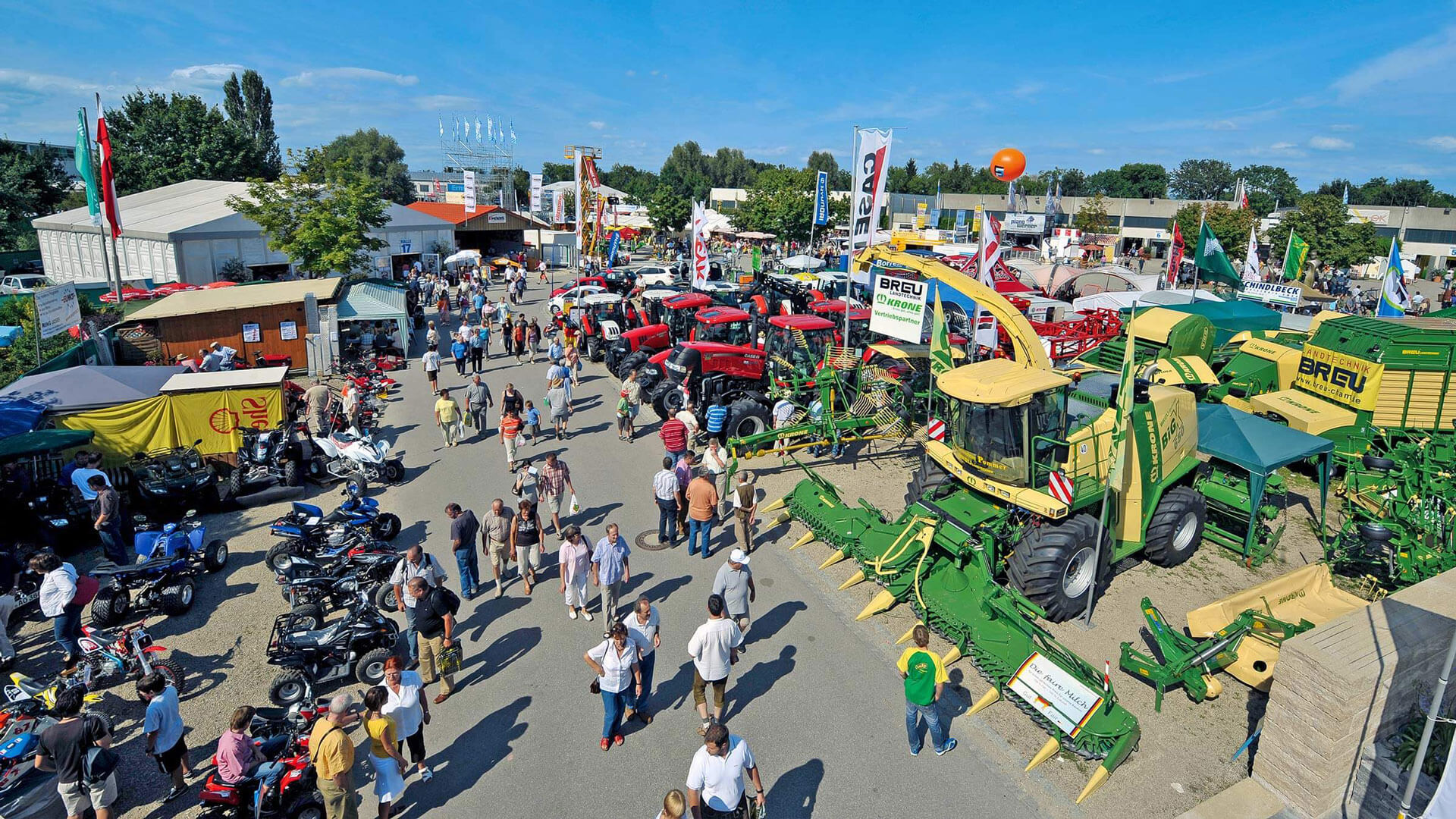 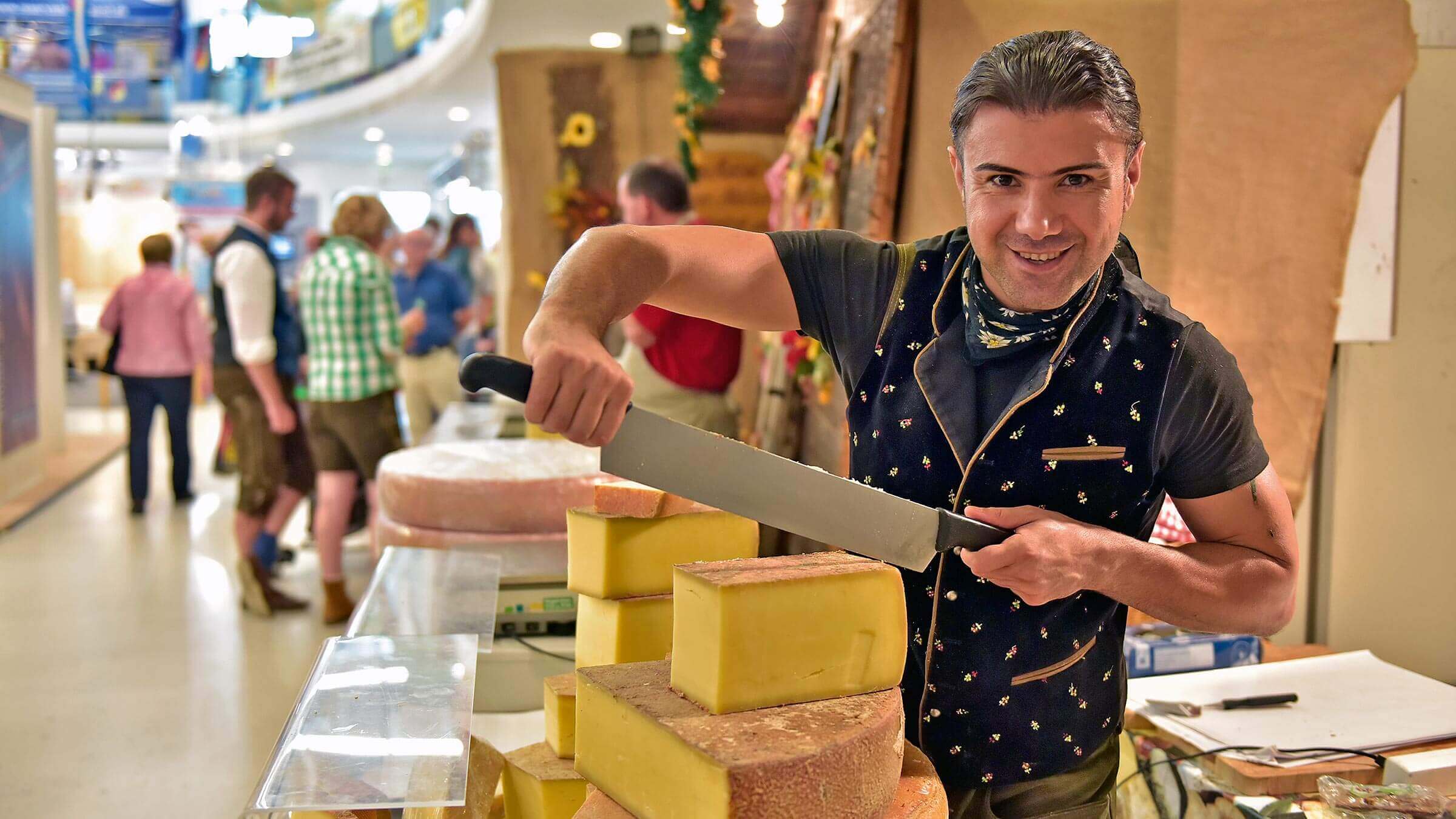